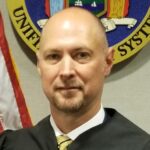 Judge Manne currently serves as Town Justice in the Town of Herkimer and formerly served as Village Justice in the Village of Herkimer. He has been an active member and director of the NYSMA since taking the bench in 2007 and has been a staunch defender of our constitutionally-established town and village justice system well before that. A graduate of Hartwick College and Albany Law School, he has been engaged in the private practice law of law since 1993. Judge Manne also serves as Village Attorney for the Village of Mohawk, President of the Herkimer County Bar Association, Vice-President of the Herkimer County Magistrates Association and is a member of the Attorney Grievance Committee for the Fifth Judicial District. Active in his community, Judge Manne has served on the boards of numerous non-profit organizations over the years. He and his wife Jennifer recently celebrated their 27th wedding anniversary and have two children. 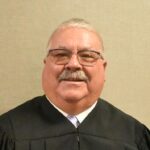 The Hon. Dennis W. Young was first elected to the bench in November of 1999 and has served continuously as East Otto Town Justice since January 1, 2000. Judge Young has served as President of the Cattaraugus County Magistrates Association since 2009. In March of 2021 Judge Young was granted by the United States Coast Guard his Merchant Mariners Credentials which allows him to Captain Charter fishing boats with up to six passengers. He has resided in the Town of East Otto since 1989, previously serving as Chairman of the East Otto Planning Board. 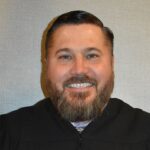 I have been the Town Justice for the Town of Day (Saratoga County) for 14 years, and ran my 4th uncontested election in November of 2019.  I was first elected to the position in 2007, at 34 years of age.

I grew up in Webster, NY (Monroe County), and graduated from Webster High School in 1991.  I attended the University at Buffalo from 1991 to 1996 where I majored in International Studies and Spanish.

In 1996 I moved to Montana and worked as the Security Coordinator for the Big Sky Ski Resort.  I spent my summers back in the Adirondacks, working as an ACA certified whitewater kayaking instructor, and DEC licensed whitewater rafting guide.

In the spring of 1998 I became a Montana Highway Patrol Officer (State Trooper).  It was an amazing job with a terrific agency, but I left that job in 2001 to return to New York and be closer to family.

Upon my return to NY, I applied to the New York State Police, and was accepted to begin the NYSP Academy for the January 2002 class.  Unfortunately, I had to take a deferment for that academy class.  During my deferment, my youngest brother Toby was fighting terminal cancer.  He passed away on April 9th, 2003, leaving behind a wife, a 7 year old daughter, and a soon to be born son.  Thankfully, we are blessed to have them close by to this day.

After my brother’s passing, I decided to stay in NY, and in May of 2003 I was asked to become the Operations Manager for the Sacandaga Outdoor Center.  The SOC specializes in whitewater rafting and kayaking.  I held that job for 9 years, but left in the spring of 2011 to start my own construction company, KO Johnsen Construction.  We specialize in timber frame (post and beam) construction, but also do traditionally built structures, garages, outbuildings, lakeside stairs, docks, and remodeling.  I returned part time to manage the SOC during the summer seasons of ‘14,’15,’16, and ’17 and still help them as needed to this day.

In 2011 I went back to school at SUNY Empire State College for a Bachelors degree in Criminal Justice, focusing on Homeland Security and Counter-terrorism.  Although working full time, I also took course work full time.  I graduated with a 3.7 GPA and 48 new credit hours focusing solely on those topics in February of 2014.

I have served from 2013-2016) as the Saratoga County Magistrates Association Vice-President, and served as a NYSMA Director from 2014-17.  I then filled a vacancy on the board from June 2018 to September 2018.  In 2018 at our annual conference, I successfully ran from the floor for the 3rd Vice Presidents position. In 2019, I was elected as the 2nd Vice President of NYSMA, a position I held for 2 years due to the COVID-19 pandemic.

I was elected as the 1st Vice President at our most recent annual conference in Niagara Falls, NY. 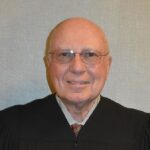 Hon. Thomas J. Sheeran is Town Justice in the Western New York community of Lewiston. Judge Sheeran is a native of Katonah in the Town of Bedford. He received Bachelor’s and Master’s degrees from Ithaca College, a Master’s degree from Niagara University and a doctorate from the State University of New York at Buffalo. Elected Town Justice in 1992, Judge Sheeran has been re-elected every four years and is currently in his eighth term.
A longtime member of the Faculty of Education at Niagara University, Judge Sheeran is the author of dozens of articles, books and monographs, and has presented papers and workshops across the U.S., Canada, and Asia. He is a member or fellow of many professional education and judicial societies and has served in various capacities in the Niagara County Magistrate’s Association.
Judge Sheeran has served as a member of the senior faculty for the New York State Judicial Institute’s Continuing Education program for Town and Village Justices presenting programs in various venues across the State. In 2008, Judge Sheeran was appointed by the Chief Administrative Judge to the Advisory Committee on Judicial Ethics. Additionally, Judge Sheeran has served as a Director of the New York State Magistrate’s Association, and recently completed a second term as Association Treasurer. In the most recent Annual Meeting of the Magistrate’s Association, Sheeran was elected to the position of third Vice-President.
Sheeran has been married to his wife Maureen for forty-nine years, has two children, Meaghan and Brendan and two grand-children, Jack and Rian. 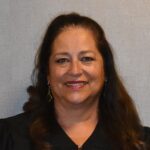 Judge Sullivan-Bisceglia is Town Justice in the Town of LaGrange and Previous Associate Village Justice in the Village of Wappingers Falls, 3rd Vice President of the New York State Magistrates Association, Past-President of the Dutchess County Magistrates Association and previous Member of the Industrial Board of  appeals for the State of New York. She received her J.D. from New York Law School and is a private attorney with Sullivan-Bisceglia Law Firm, P.C., with offices at the Hudson Valley Regional Airport, located in Wappingers Falls, New York. Judge Sullivan-Bisceglia has well over 18 years of combined experience obtained in the courts, major law firms, Fortune 500 companies and the State of New York. She is also a licensed Commercial Pilot with Instrument and Multi-Engine Ratings. Judge Sullivan-Bisceglia resides in LaGrangeville, New York with her husband Paul and her two children. 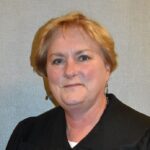 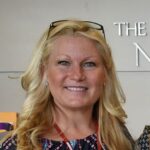 Tanja Sirago was a chief court clerk for six years prior to being elected town justice in 2008 for the Cairo Town Court. She is married to her husband Vinny for 35 years, enjoys traveling and spending time with her children and two grandchildren. 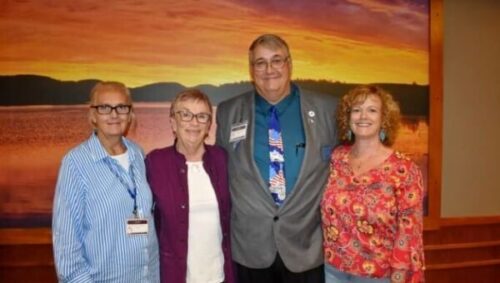 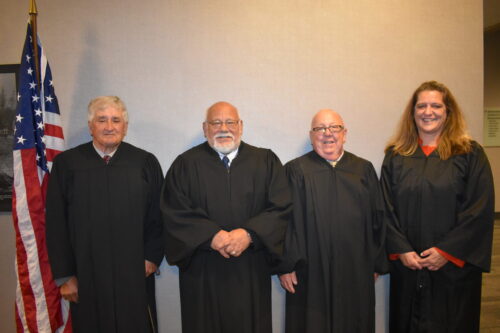 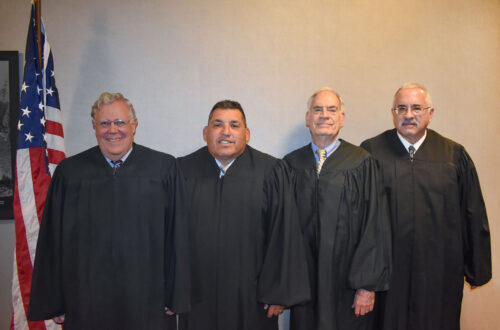 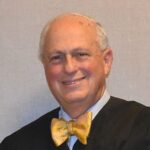